A Different Kind of Relativity 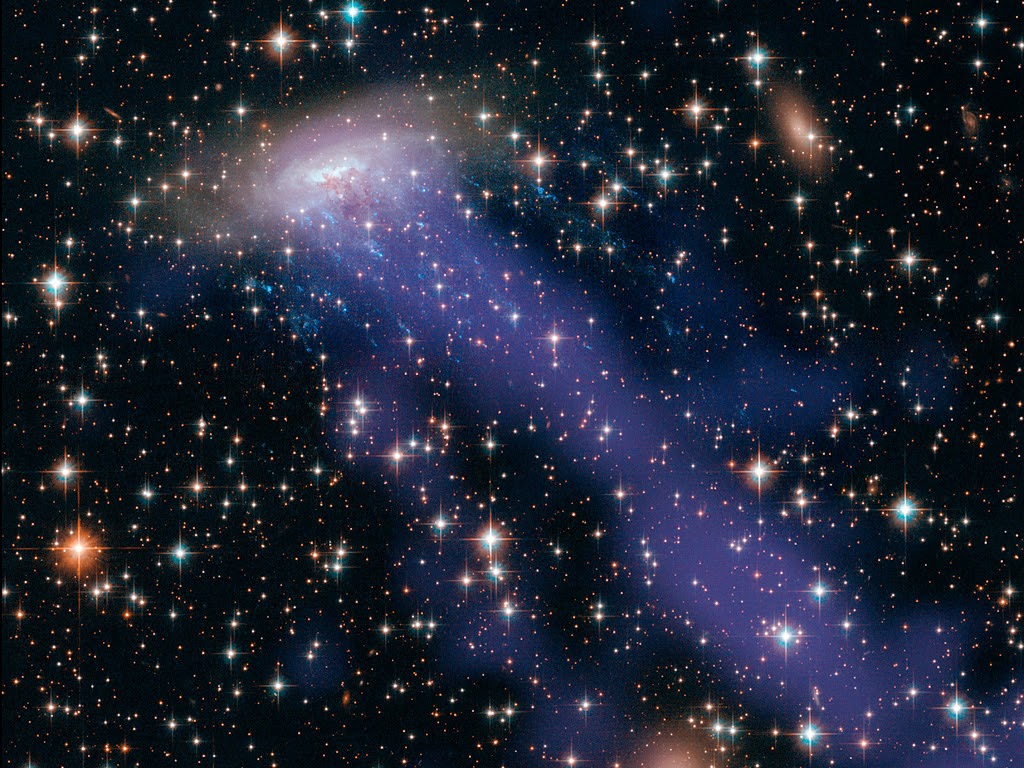 Relative to its cluster of galaxies, ESO 137-001 streaks like a meteor at 7 mil km/hr trailing wild field of cosmic debris. Our own Milky Way is traveling at a mere 2 million km/hr.

Yet the miracle of the human mind evolves to subsume such power. What power has the human mind relative to these vast forces? The only magnitude is but metaphor: Cantor's transfinite aleph.

And still we as a species are in the grip of the age old perversity of being herded like mere dumb beasts toward the oblivion of thermonuclear annihilation for the sake of the illusion an earthly empire of worthless money on the ledgers of totally inconsequential accounting books. What an unforgivable waste it were when our grander future beckons with unfathomable challenges in the further evolution of our species' perhaps unique mission.
Posted by Thingumbobesquire at 4:09 AM