This video from a research paper called "Whipping of electrified jets" is remarkable in that it exemplifies several principles that I have been promoting in this blog. Viewing the transition of apparent chaotic extrusion of fibers to a regular helicoid pathway is very much a metaphor for a principle of development on many levels of meaning.

The universal inherent quality in the human mind to be creative requires a receptive society to be induced to appropriate change in perfecting its behavior. Thus in this experiment the receiving fluid's relative motion is what determines the coherent formation of the helicoid. This signifies a necessary sort of well tempering in response to a singularity.

So on the functional multiply connected manifold of human practice we can view history as chaotic thing-like disordered mere happenstances. Or by understanding that there are only two possible principles of rule for society at large.

One of an irrational oligarchy committed to destroy the fruits of human creativity and crush its wellspring. This is the current of the Olympian pantheon of false gods ruled over by an evil and feared madman sometimes called Zeus or Juno (or today's chaos theory) depending upon the time or place.

The other a Constitutional Republic in the sense of Plato, Nicolas of Cusa and Benjamin Franklin's taking up of the principle in doing the good for posterity. Today that concretely signifies a mission of transforming the culture to be receptive to a change based upon the next great step. The government of China has  announced that they are committed to such a transformation in industrializing and mining the moon for the most advanced fuel source yet known: Helium 3. 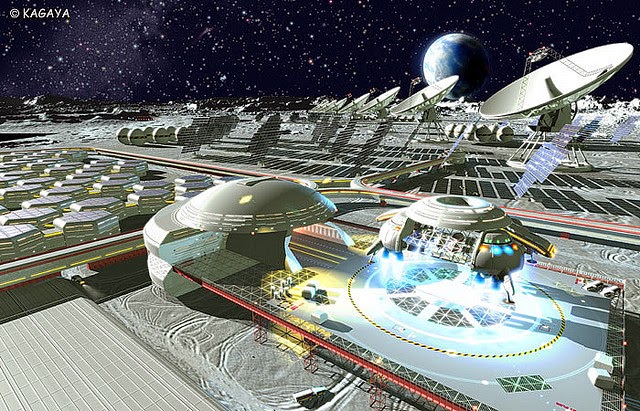 Posted by Thingumbobesquire at 5:16 AM