Hillary Clinton went from blaming a vast right wing conspiracy behind the impeachment drive against Bill to blaming a Kremlin conspiracy being behind Donald Trump. Why isn't the so called fifth estate lambasting her as a conspiracy nut? Instead they are continuing the narrative with new charges like this: "Trump's son reportedly talked Syria with Russia supporters"

What would happen if the US gave up the geopolitical "Great Game" and actually entered into mutually beneficial relations with Russia and China? John Quincy Adams promulgated this viewpoint as a concert of sovereign nations. The direction of history must be shifted toward mutual cooperation that benefits our progeny.

This means an understanding the the future of all mankind demands that we engage in the continuing development of revolutionary technologies in conquering extra terrestrial space. Salient in this effort will be commercial nuclear fusion, emphatically not "renewable" low energy density boondoggles.

Humanity must put behind itself the criminal legacy and genocidal machinations of "Empire" imperialism that runs through ancient Rome to "great britain." America must regain its mission enunciated by Benjamin Franklin to do the common good.

"The spirit of improvement is abroad upon the earth. It stimulates the hearts and sharpens the faculties not of our fellow citizens alone, but of the nations of Europe and of their rulers. While dwelling with pleasing satisfaction upon the superior excellence of our political institutions, let us not be unmindful that liberty is power; that the nation blessed with the largest portion of liberty must in proportion to its numbers be the most powerful nation upon earth, and that the tenure of power by man is, in the moral purposes of his Creator, upon condition that it shall be exercised to ends of beneficence, to improve the condition of himself and his fellow men." 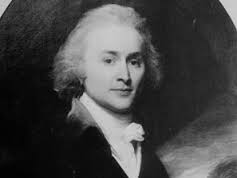 Posted by Thingumbobesquire at 5:05 AM