Why the Unspoken Fear Makes Us Cowardly Turn from Truth

The unspoken consent in the cover-up of the assassination of John F. Kennedy was a sort of a test of whether America would carry through what Roosevelt promised Churchill at the dawn of the end of imperial empires. In the words of his son Elliott, FDR made it clear that the US would no longer tolerate colonial methods governing the globe. And yet, exactly what Churchill represented was drop by drop imposed upon the complicit psyche of our citizenry as they attempted to flee from taking up the mantle of that very mission FDR represented.

It was a sort of promissory note to end the rule of the principle of a wanton subjugation of humanity that is forever present in gestation all throughout history. And it makes no difference whether that be consciously acknowledged among our people. It is of a more substantial force in their lives than the disconnected momentary passions that occupy them. Therefore, it is the turning away from that great task that has led us into the unprincipled lies that now threaten to destroy us.

Yes, our descending was stage managed at every step downward along the way. The first blow was the pact with evil we accepted as necessary when Truman okayed the indiscriminate wholesale slaughter of Hiroshima and Nagasaki. How eerily hollow were the celebrations of that sequel of that outrage that we had so committed. In hushed tones we tried to salve our conscience that we had no choice. We had as a nation defiled the promise that just months before was made to Churchill by the standard bearer of that great necessary mission that our Constitution became the vessel for. 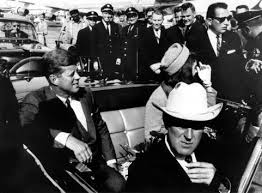 Posted by Thingumbobesquire at 1:40 AM