Isaac Newton and Aleister Crowley are birds of a feather: loons...

It is certainly laughable that serious seeming gentleman are even now still frantically trying to prop up the illusion that Newton was a great scientist...He was a Cabalist pure and simple. (He "predicted" the end of the world in 2060, for instance.) The decrepit "English" nobility then and today are riddled with such superstitious twaddle. See the Globe theater's ceiling for example. It is no aberration that the Queen's beloved rock "musicians" are followers of Crowley's "do what thou wilt." British "liberalism" is at root nothing but evil and has led the planet time and again to war and ruination. 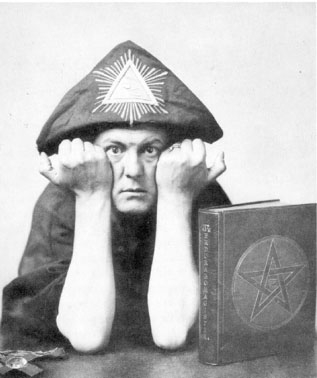 Posted by Thingumbobesquire at 8:45 AM