As someone who is challenged (and quite non-plussed) by today's sort of seeming higher mathematics and physics, let me say that there does seem to be an emerging theme that all this promotion of entropy (is it fair to equate this with flatulence, as Mr. Franklin has done with Decartes' vortices?) is quite the money making proposition. But what if Bernanke proves eternal inflation to be true, then what, you rascally prize winners? 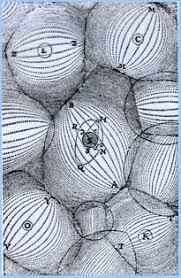