This just in from an august center of higher learning (alas, this is not a hoax, dear reader... would that it were. To quote Hollywood: I'm melting...What a world, what a world...So pay no attention to that statistician behind the curtain...They just want to end the evil reign of human creativity and science...Who needs NASA  when you have statistics?) Read it and weep:

Welcome to the new webpages from the University of Colorado sea level group! We apologize for the delay in updating our sea level releases, but the transition to these new web pages took longer than we thought. In addition, we have made many improvements to our data (new orbits, new tide model, new corrections) which ultimately had little effect on global mean sea level, but brought us up to date with the latest advances in the field.
One important change in these releases is that we are now adding a correction of 0.3 mm/year due to Glacial Isostatic Adjustment (GIA), so you may notice that the rate of sea level rise is now 0.3 mm/year higher than earlier releases. This is a correction to account for the fact that the global ocean basins are getting slightly larger over time as mantle material moves from under the oceans into previously glaciated regions on land. Simply subtract 0.3 mm/year if you prefer to not include the GIA correction.
You may also note that rate of sea level rise over recent years has been less than the long-term average. This is believed to be due to the recent La Nina's we have been experiencing, though research on this is continuing. We will soon add a plot to the web site illustrating this effect.
Let us know if you spot any bugs in the new web pages. Thanks for your interest!
Any bugs? You have got to be kidding... 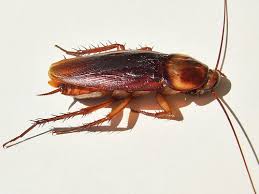 Posted by Thingumbobesquire at 10:13 AM